Vifor Pharma Group recorded strong financial and operational performance in 2019 by focusing on its three strategic growth drivers while continuing to invest in its pipeline. The company exceeded its raised guidance for full-year 2019 on both net sales and EBITDA.

· In-market sales of CHF 1.06 billion, up 19.1% from the previous year reinforcing status as the world leading i.v. iron therapy
· Net sales increased 15.6% to CHF 561.0 million, by 17.5% in local currency
· Strong performance mostly driven by the US market (+18.7%)
· Growth of 20.1% adjusting for inventory impacts and increased demand due to INFeD shortages in 2018
· Strategic partnership with Fresenius Kabi China announced in February 2020

· Net sales CHF 132.3 million, up 46.2%, with US net sales of CHF 124.8 million
· Roll out continued in Europe with additional launches in Spain, Austria, Belgium and The Netherlands
· Reimbursement secured in Germany, Austria, Belgium, Finland, Portugal and Spain
· Positive recommendation for funding received from NICE in the UK in December 2019
· Positive results from AMBER study demonstrating potential in renin-angiotensin-aldosterone inhibitor medication (RAASi) enablement with Veltassa® in patients with resistant hypertension and CKD
· Global phase-IIIb outcome study DIAMOND initiated to evaluate the potential of Veltassa® in combination with RAASi to improve patient outcomes reducing cardiovascular mortality and hospitalisations

· Collaboration with Janssen Pharmaceuticals Inc. to commercialise Invokana® in US to nephrologists for patients with diabetic kidney disease
· Partnership with Evotec, by creating a 50:50 joint venture, NephThera, to discover and develop novel nephrology therapeutics
· Orphan drug designation granted by FDA and EMA to VIT-2763 (ferroportin inhibitor) for treatment of beta-thalassemia; phase-II study activities initiated in Q4 2019

“Vifor Pharma Group recorded another excellent performance in 2019, focusing relentlessly on delivery and execution of our strategy. We continued to maximise our current products and future pipeline, while carefully managing costs and ensuring positive returns for our shareholders. Once again, we have kept our promise to shareholders, delivering strong, profitable growth and exceeding our raised 2019 guidance.

A strong focus on execution has enabled us to continue to build on our three strategic growth drivers. We remain on track to meet the ambitious Milestone 2020 targets which we set ourselves in 2017.”

After 25 years of service the Executive Chairman of the Board of Directors of Vifor Pharma, Etienne Jornod, has decided not to renew his mandate, which expires at the Annual General Meeting of May 14, 2020.

Stefan Schulze, currently President of the Executive Committee and Chief Operating Officer (COO) is appointed CEO for Vifor Pharma Group as of May 14, 2020.

“At the request of major shareholders, I decided to accompany the first phase of Vifor Pharma's entrepreneurial independence when Galenica and Vifor Pharma were split up in 2017 and to run the plan “Milestone 2020”,” says Etienne Jornod. “Today, with all objectives of such plan being overachieved Vifor Pharma is established as a stand-alone pharmaceutical company and has made outstanding progress. I have come to the end of my mandate and I believe this is the perfect time to hand over the responsibility to my successors to lead the Group. Vifor Pharma is today on the right track, with a renewed, strong and experienced BOD and EC members, all projects on track. Vifor Pharma has excellent prospects with many new products to be launched in the next years. The company’s Board of Directors has been almost completely renewed since the IPO of Galenica Sante over the last 3 years, with the addition of significant international and pharma expertise. The Executive Committee has also been reinforced with 3 very experienced international executives. Stefan Schulze has successfully established and led the Executive Committee and executed on the strategy since 2017 and the Executive Committee has proven that it has the competence and experience to address the challenges and opportunities of the company going forward”.

Stefan Schulze, an engineer by education, spent his professional career in the healthcare industry in the U.S. and Europe. He was working for the Fresenius Group in various positions from 1992 to 2014. In 2014 he became CEO of Vifor Fresenius Medical Care Renal Pharma - a joint company of Vifor Pharma and Fresenius Medical Care. Stefan is COO and President of the Executive Committee of the Vifor Pharma Group since 2017.

Jacques Theurillat has an extensive experience in the pharmaceutical and healthcare industry. From 1987 to 2006, he held various positions at Serono, including CFO and Deputy CEO. He was a member of the Board of Directors of Serono since 2000 until the sale of the company in 2006. He has served in thirteen different Boards during his career and at present, he is a founding partner of Sofinnova Crossover 1 Fund in Paris and a member of the Boards of CNH Industrials N.V., Mundipharma Ltd and ADC Therapeutics SA. Jacques Theurillat is a Swiss attorney-at-law and Swiss chartered tax expert and was elected to the BoD of Vifor Pharma in 2018.

Jacques Theurillat comments: “The Board of Directors and I would like to sincerely thank Etienne Jornod for his excellent achievements in the past 25 years. Under his leadership and tenure the group has grown steadily from a value of 230 million Swiss francs to two listed companies with a total value of around 3 billion and 11 billion Swiss francs respectively, and today employ approximately 10,000 people. It has been a tremendous honor to work with him for all of us”

“It is fantastic to be involved in the leadership and renewal of first-class management teams and employees,” says Etienne Jornod. “Devoting my life to Vifor Pharma and Galenica would never have been possible without the unconditional support of my wife and children. I am grateful to all those who have enabled me to live my passion”.

“For the last 5 years, because of the takeover of Relypsa, the IPO of Galenica Santé and the launch of Vifor Pharma, I had almost no time for vacation, I will compensate this now, that is for sure!”

Other income declined to CHF 38.4 million from CHF 64.6 million in 2018. This was primarily due to the expected decrease of royalty payments from CellCept® due to the sunset clause as well as lower income from partnering activities.

Cost of sales amounted to CHF 761.5 million compared to CHF 648.7 million in the previous year, resulting in a gross profit margin of 60.3% compared to 60.7% in the prior period. This slight decrease was primarily due to the decline in other income.

Marketing and distribution expenses amounted to CHF 455.3 million compared to CHF 410.8 million in the previous year. The main drivers were the investments in pre-launch activities of our pipeline products and the continued rollout of Veltassa®.

Investments in research and development amounted to CHF 228.3 million compared to CHF 206.4 million in the previous year. The increase was driven by the DIAMOND study for Veltassa®.

General and administration expenses amounted to CHF 145.7 million compared to CHF 155.9 million in the previous year. The decrease is mainly attributable to cost containment and the exceptional income resulting from the previously mentioned changes to the defined benefit pension plan (IAS 19).

Cash flow from operating activities amounted to CHF +524.8 million compared to CHF +193.8 million in the previous year. The increase is due to the strong operating result of Vifor Pharma in 2019 as well as an optimised net working capital.

Cash flow from investing activities amounted to CHF -132.5 million mainly due to upfront and milestone payments for in-licensing agreements of CHF -88.2 million.

Cash flow from financing activities amounted to CHF -238.5 million and was mainly influenced by dividend distributions of CHF -174.7 million, whereof CHF -45.0 million was paid to Fresenius Medical Care and CHF -129.7 million was distributed to shareholders of Vifor Pharma.

2. MAXIMISING THE POTENTIAL OF OUR STRATEGIC GROWTH DRIVERS

Ferinject® / Injectafer® reinforced its position as the market-leading intravenous (i.v) iron therapy and achieved blockbuster status in 2019, one year earlier than anticipated.

Net sales of Ferinject®/Injectafer® increased by 15.6% to CHF 561.0 million, or by 17.5% in local currency. The global growth was driven by cardiology, gastroenterology and patient blood management. With significant market opportunity around the world, Ferinject®/Injectafer® reported net sales are expected to continue to grow in the high double-digit millions.

The latest available data showed global in-market sales of Ferinject®/Injectafer® of CHF 1.06 billion in 2019, up 19.1% from the previous year.

In the US, Injectafer® continued to drive i.v. iron market growth. Vifor Pharma’s US partner American Regent, Inc., a Daiichi Sankyo Group company, recorded net sales of USD 444.8 million in 2019, an increase of 16.6%. This strong double-digit net sales growth occurred despite the positive impact in 2018 due to a US market shortage of a competitor product. In-market sales of Injectafer® in the US were CHF 502.4 million in 2019, up 20.0% from CHF 418.5 million in 2018. Growth continued in all key therapy areas, particularly gastroenterology, with in-market sales growth of 25% and patient blood management up 30%.

In March 2019, our partner in Japan, Zeria Pharmaceutical Co., Ltd. received marketing authorisation for Ferinject®, which is the first and only high dose i.v. iron approved in Japan. The product is expected to be launched in 2020 subject to successful reimbursement negotiations.

In February 2020, Vifor Pharma announced a strategic partnership with Fresenius Kabi China, part of the Fresenius Group, which is among the top 10 multinational pharmaceutical companies in China, specialising in infusion, transfusion and clinical nutrition.

Net sales of the long-acting erythropoiesis-stimulating agent (ESA) Mircera® increased by 16.0% to CHF 523.4 million in 2019 from CHF 451.3 million. This was mainly due to continued expansion of sales in mid-sized organisation dialysis clinics in the US. Strong penetration has now been reached in both the Fresenius Kidney Care clinics, mid-sized and independent clinics in the US.

Net sales of Velphoro® increased by 89.9% in 2019 to CHF 181.7 million, from CHF 95.7 million. Global in-market sales amounted to CHF 372.6 million. Strong growth was driven by the US, supported by the continued adoption of the updated Kidney Disease Improving Global Outcomes (KDIGO) guidelines.

In November 2019, the joint company Vifor Fresenius Medical Care Renal Pharma (VFMCRP) and its partner ChemoCentryx, Inc. announced positive top line data from the pivotal phase-III ADVOCATE trial of avacopan in 331 patients with ANCA-associated vasculitis. Both primary endpoints of clinical remission at weeks 26 and 52 achieved with statistical superiority of avacopan over standard of care at 52 weeks.

In November 2019, Vifor Pharma announced a partnership with Janssen Pharmaceuticals Inc. to commercialise Invokana® (canagliflozin) in the US to nephrologists to treat diabetic kidney disease (DKD) and reduce the risk of hospitalisation for heart failure in patients with type 2 diabetes and DKD.

In Europe, Veltassa® has secured reimbursement in Germany, Austria, Belgium, Finland, Portugal and Spain, and a positive recommendation was received from NICE in the UK in December 2019.

The AMBER study, a phase-II trial, was presented in May 2019 at the National Kidney Foundation Congress in Boston and published in September 2019 in The Lancet journal. Results demonstrated that Veltassa® enabled guideline-recommended use of spironolactone for blood pressure management in patients with resistant hypertension and CKD by controlling blood potassium levels. Based on the positive results of the AMBER study, Vifor Pharma decided to invest in the DIAMOND phase-IIIb outcome study to evaluate the potential of Veltassa® in combination with RAASi to improve patient outcomes, including reducing cardiovascular mortality and hospitalisations. This investment reflects our belief in the potential of expanding Veltassa® usage in this field. The first patient was enrolled in May 2019.

A webcast replay (https://stream.swisscom.ch/vifor/20200312) will be available shortly after the end of the live conference. 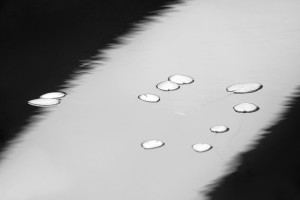